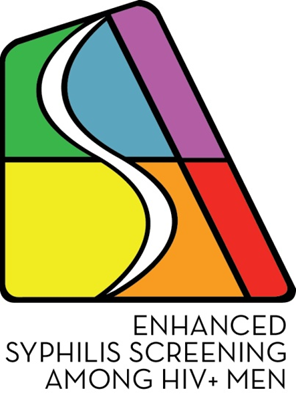 Syphilis is on the rise among HIV-positive men who have sex with men (MSM), with rates now more than 300 times higher than among the general male population. Untreated syphilis is of great concern- it may progress to serious outcomes such as neurosyphilis, in which symptoms such as meningitis or dementia may develop, untreated infectious syphilis can be spread to partners and, it can increase the likelihood of further spread of HIV. On the other hand, syphilis testing and treatment of new infections, if detected early, is simple and inexpensive.

Enhanced syphilis screening among HIV-positive men (ESSAHM) was developed with the aim to enhance syphilis testing among HIV-positive MSM, so that more men will undergo testing, they will test more often, and more cases will be treated early. The intervention combined syphilis testing with the HIV blood tests that are routinely done every 3-6 months for persons in care at 4 hospital-based HIV clinics in Toronto and Ottawa. Our results will inform future decisions on whether the intervention should be continued in the participating clinics and also whether it should be introduced to clinics elsewhere. Most importantly, if the intervention proves to ensure more rapid and timely treatment of syphilis, this will prevent serious syphilis-related disease, and help to control its spread among MSM.